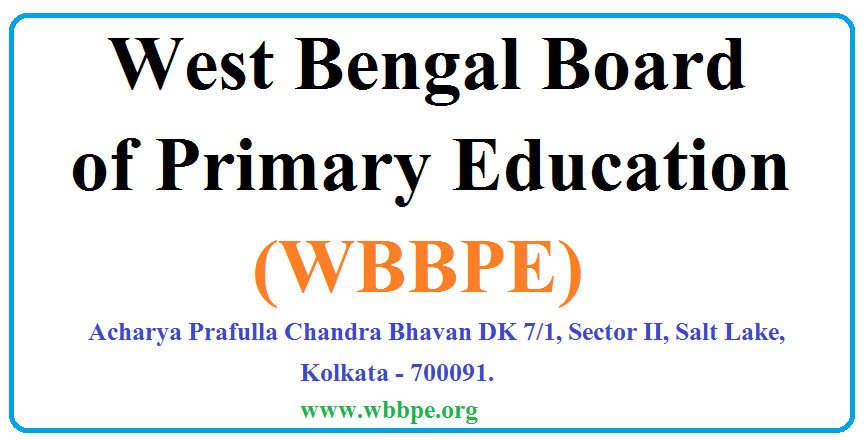 A state-level primary school education board for which provision has already been made in the Elementary Education Act, 1973 has been established. The Board should exercise jurisdiction over the District Primary School Council for the purpose of decentralizing the democratization of primary education system.

Many preventive factors were important for late implementation of the Act. The Left Front Government took responsibility for its post with the Act and made comprehensive and necessary changes in it. But it took a lot of time to get the assurance of the Honorable Governor Honorable Governor, in the form of His Excellency, sent it to His Majesty President and the President’s consent reached after a long period of several years. But the court case again worked as a stumbling block. Some of the teachers of the North 24 Parganas district of Uttar Pradesh filed a case against the said Act. According to the amended Act, there was further delay in the formation of the District Primary School Councils along with the Board.

On July 2, 1990, the West Bengal Board of Primary Education Partha Day, former minister, school education can be established as its president and Mr. Amal Das, then additional Joint Director, Directorate of School Education. Time Secretary With the establishment of this Board, four separate sections of education in the state, under the supervision, development, management and control of primary education in the whole country, come under four such autonomous boards, i.e.

It is worth mentioning in this regard that immediately after the establishment of the Board in July 1991, the Ashok Mitra Commission was established in August 1991, which not only recommended the use of the jurisdiction of the Board on the District Primary School Councils Inspiring district councils to effectively coordinate with schools and district panchayat committees of District Inspectors.

Introduction of a Modern and Scientific Curriculum and Syllabuses:

Syllabus based on Gandhian philosophy of course and basic education after independence was introduced in the beginning of 1950. After a gap of 31 years, a new curriculum and syllabus were introduced from 1981. Pro. Bimal Majumdar Committee on the basis of Himanshu’s recommendation 1978 This course has claimed an innovative approach on more than one calculation. In looking for the overall development of the child, all the requirements to reach this goal are kept in mind. Co-educational topics such as:

Emphasis was placed on the promotion of sports, sports and physical education, the scientific approach and the curiosity and the power of observation. With the policy of no-detention up to Class IV, the Continuous and Comprehensive Evaluation was started to make the system realistic and practical, the Directorate of School Education then initiated the development of instructional materials such as textbooks and some guide books was.

The manuscripts were then handed over to the School Education Department for publication and distribution. According to the new curriculum, with the introduction of the policy of Continuous and Comprehensive Evaluation (CCE) and No Detention, it is also for the government to provide training in all these cases for the state and district level and then to the primary teachers.

It was SCERT who took the initiative to provide necessary orientation in all these cases. After the establishment of primary board in 1990, triple and timed orientation programs could be run in 1994 until 1995.

Since its establishment in 1990, the West Bengal Board of Primary Education carried out all these activities and guides-books were developed through different workshops in various subject areas by 19931994, which included experts and teachers after SCERT.

Guide books developed by the board were kept in line with national level approach.

Initially, the problems of the Board’s manpower and fund crunch were tremendous and it was the first President of the Board. Parth Day, who did not give up on tackling problems. In the table below, the posters and secretaries of the Board have been shown.

Aim of West Bengal Board of Primary Education

Obviously, to reach these the Board as per the powers and functions vested in it by the Act (W.B.Primary Education Act, 1973 as amended from time to time) has successfully made so far the following strategic interventions that are logically coherent.

With the vision of achieving the universalization of elementary education by the year 2010, with the launch of SSA Fundamentals, WBBPE has also been prepared in fulfillment of the purpose of SSB. It has been decided with unanimous that all academic activities will be started by the Board in collaboration with PBRPSUS, SCERT, WBBSE, UNICEF etc. Teachers’ empowerment (in relation to science teaching and English teaching) and primary school health programs are already conducted by the board.

During the month of March 2006, the work plan containing fixed project proposals was presented to the State Project Office of SSA.

Recently, the board is ready to launch the green flag with the SSA officials.

Official Website of West Bengal Board of Primary Education: http://www.wbbpe.org.

Notice for information of the End of ODL Programme for In-service Teachers, conducted by West Bengal Board of Primary Education Handing over of Registration Certificates to enlisted Non- Govt. Pvt. Institutes for the Session – 2012, 2016 to 2020. See Notification Here.

WBBPE, If you want to know West Bengal Board of Primary Education Result from 2016, 2020 – Click Here.

Punjab School Education Board is a education school board located in Mohali, Chandigarh, India. It was established in 1969 under a legislative act of the Punjab government, which was taught...Read more !

Top 50 Educational Websites of the India, the World

The person wants to get the best of education to achieve his dreams. However, the more institution it is, the more fees they charge. Students generally leave their education incomplete...Read more !