Knowing the capitals, the chief ministers and governors of the Indian states will probably be one of the most basic things you are hoping to remember. It is equally important for Union Territory of India! These two can be asked in written tests or interviews. More than 90% of india’s population lives in 10 states of India. We have listed it in an easy way to modify it below.

States’ Capitals And Their Chief Minister And Governers

Now let’s have a look at the Union Territories. It is important to note that UT have a different governing structure. They are under direct control of the central government and the President of India appoints an Administrator or Lieutenant-Governor for each UT. Delhi and Puducherry are somewhat different as they get to choose their own elected legislative assemblies and the executive councils of ministers with partially state-like function. (Arvind Kejriwal and V. Narayanaswamy are the current Chief Ministers of Delhi and Puducherry respectively ) 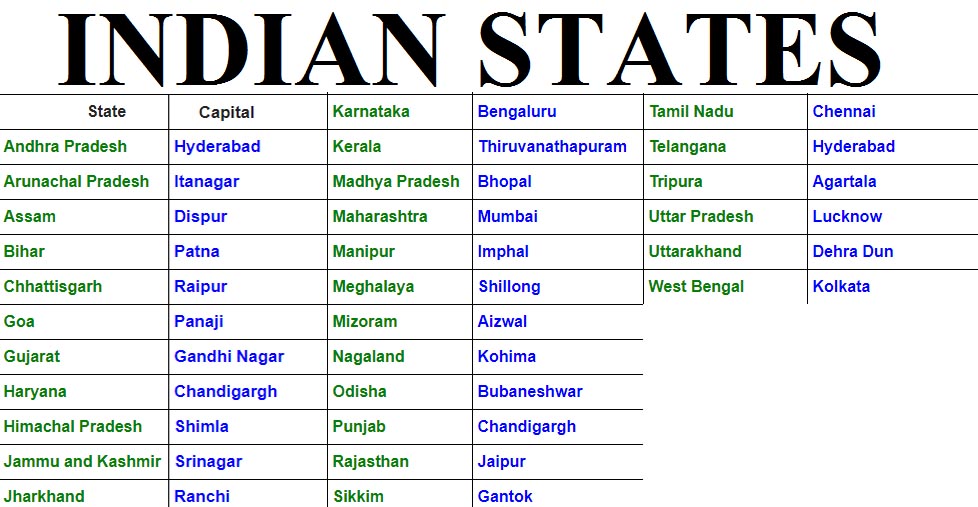 Delhi is the capital of our country. Our great freedom Sur Veers sacrificed their lives and liberated India from the British in 1947. People of different castes and religions live...Read more !