Earth is a planet in the solar system. Earth has 2 types of movements:

Rotational velocity at equator is 1667 km/h and it decreases towards the poles, where it is zero. 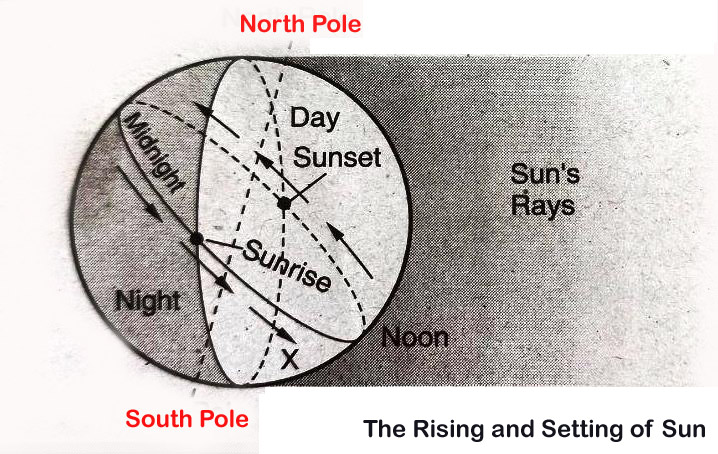 The longest day in North Hemisphere is June 21, while shortest day is on 22 Dec (Vice-versa in South Hemisphere).

Days and nights are almost equal at the equator. 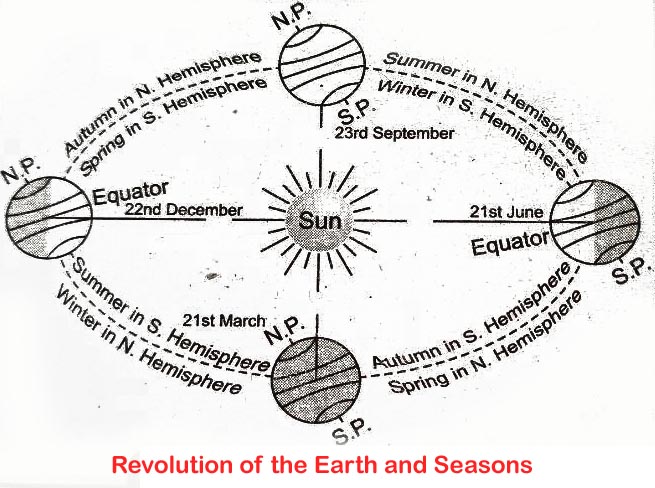 Revolution of the earth results in-

The axis is an imaginary line running from north to south and passing through the center of the earth. It always remains inclined at an angle of 661⁄2° to the plane of the earth’s orbit, and is tilted 231⁄2° from a line perpendicular to this plane. 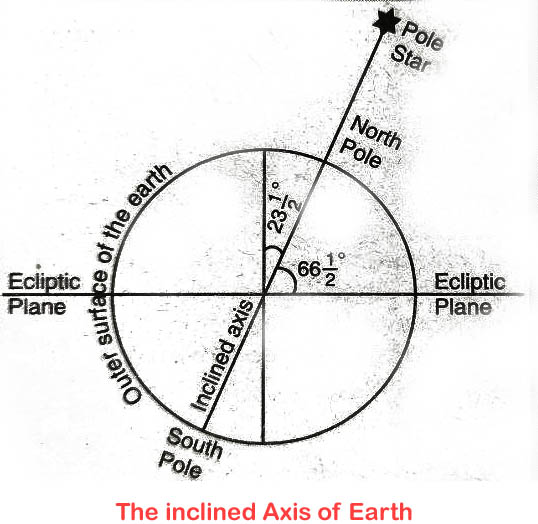 The two facts, i.e., a fixed angle of the earth’s axis to the plane of the orbit and the axis always pointing in the same direction when combined with the earth’s movements, results in varying lengths of days and nights, seasonality and changes in the altitude of sun at different times of the year.

Seasons are periods into which the year can be divided as a result of the climatic conditions, largely due to the changes in the duration and intensity of solar radiation.

On March 21, the sun is directly overhead the equator. This is the season of spring in the northern hemisphere.

On June 21, the sun is directly overhead the Tropic of Cancer. Thus, the northern hemisphere experiences summer.

On September 23, the sun returns to the equator, and the northern hemisphere experiences autumn.

On December 22, the sun is at the Tropic of Capricorn, and the northern hemisphere experiences winter. 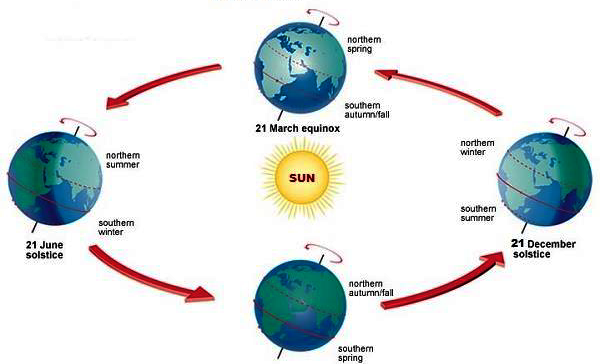 These are dates when days and nights are equal. During these days the sun shines directly over the equator.

The time of the year when the difference between the length of days and the length of nights is the largest. During these days the sun shines directly over the tropics.

It is a phenomenon, observable in the latitudes 661⁄2° North and South (or the Arctic and Antarctic Circles) where the sun does not sink below the horizon during summer.

This result due to the tilt of the earth’s axis, each hemisphere being inclined towards the sun during its summer. The duration of the phenomenon increases towards the poles, where it may be observed for six months of each year.

Some important facts about the Earth and its motions: