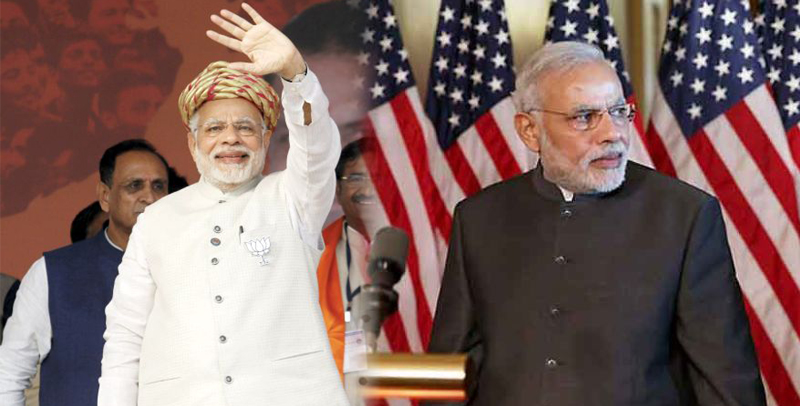 THE ancient Greek word ‘democracy’ literally means ‘rule by the demos’. The term ‘demos’ is generally translated as ‘the people’, and the ‘people’ implies the whole population, particularly the adult population, of a tribe, a territory or a country. The entire population or the collectivity obviously comprises a multitude of indi- viduals as units. It is well-known that no two individuals in a collectivity, mechanical or organic, can be alike, as their needs and aspirations differ even as their physical and mental compositions differ. Naturally, their views, notions, beliefs and habits are not similar and yet the concept and practice of and the rule of/by the people, however disparate is very much in existence.

In practice, by “the people’ we mean the majority of the people. As such, in a democracy, whatever the majority decides is carried out by the entire population. This howevet, does not mean that the majority is entitled to lord it over the minority. Rather, democracy thrives only on the willing co-operation of the minority and on the protection guaranteed to the rights and freedoms, and tolerance of, if not agreement with, the views and beliefs of the minorities. It leaves much scope for dissent, i.e., there may be people who think differently from official ideas or the ideas of the majority.

Dissent is not necessarily a negative concept; it offers an alternative to the prevailing ideas, institutions and system, and exists even in non-democratic systems. The iews of Boris Yeltsin were at one time expressive of dissent from the dominant and established socialist principles in what was then the Union of Soviet Socialist Republics. There was always a dissenting voice against the monarchical form of government in Nepal. In a healthy, working democracy, the voice of the minority is given a full hearing, even if decision is by the majority. Deiate and discussion not only clear the air, but also help to bring about a compromise. There is a certain amount of accommodation of even, opposing viewpoints.

Should the positive phenomenon of dissent be suppressed, there would be resentment and growing anger. Frustration would lead to a revolt against the established system. And finally there might be a revolution, involving great violence, bloodshed and destruction of all sorts. It is therefore, better to tolerate expression of dissent, which would provide a ventilation of the different views and pent-up feelings, in the larger interests of democratic setup.

Extremes of dissent can, however, cause havoc in any system, more so in a democracy. As such, it has always been advocated to fix a permissive limit of dissent. In a democracy, people enjoy various kinds of freedom: of economic pursuit, belief (political, religious and others), expression, association, etc. But these freedoms of an individual or group of people are not permitted to cause another individual or the collectivity, or to adversely affect the social or national fabric. Fascism cannot be allowed to take roots, although some people may be tempted to support it on the grounds of dissent or as an alternative system. For if democracy is for the people, dissent that goes against the people in general must be checked. One of the vulnerable aspects of democracy is that its liberality can be taken advantage of by those very people who, in the end, subvert the system by suppressing the voice of dissent if it goes against them.

In the political arena, one can witness dissent on two Is-intra-party and inter-party. Intra-party dissent im- plies that though the party has a corpus of rules and discipline and a particular modus operandi, some party members may put dissenting notes to some of the provisions or may not agree with the style of functioning of the leadership. This dissent has to be accommodated by the p, otherwise the party will have an authoritarian image amongst the masses, or may split. At the same time, the dissent should be expressed only on the party platform, ly, otherwise the party will be weakened. Simi- y, democracy permits the establishment and continua- tion of political parties of various hues and views. If the strong suppress the weak, there will come a time when a one-party rule under a dictator would be established. Thus, the democratic structure will collapse. Whenever the po- litical parties in India showed an intolerance of dissent, they themselves broke up or the people were forced to experience a bitter bout of authoritarianism. The Congress Party broke several times (1969,1977) and the authoritarian emergency ruled the country during 1975-77. The dissent in the Congress Party today is appropriately contained because of tolerance. The existence of various parties like Bharatiya Janata Party. the Janata Dal, the Communist parties and other national and regional parties clearly manifest the requisite tolerance of different points of view.

People in a democracy have freedom of vocation and economic pursuit to earn their livelihood. And this results in various vocations. Here, too, dissent may appear, more specifically regarding the macro-economic policy. For ex-economy Or capitalism while t others support nationalisation and the socialistic approach. All the dissent- ample, some may advocate liberalisation,o others mixed ing views have to be tolerated and given a hearing, even if not entirely accommodated within the official view. It is respect for opposing viewpoints that prompts ministers and official spokesmen to clarify or sometimes even modify policies and programmes, facilitating a wider plan of action.

In a democratic society, one group or class may differ in its form and structure from the majority. But the majority should not interfere in that form or strncture or resort to value judgements. As human nature has it, every form end composition of a social group is found comfortable by its members and any forcible attempt from outside to alter it would defeat the very objective of democracy. Should a particular group of Kerala or the North-East be asked to change its matrilineal form of family just because it does not conform with “mainstream” practice? Can democracy be valued if anyone tries to impose the social norms of one group upon other groups? Live and let live is a basic principle of democracy.

Cultural diversity is a common phenomenon in almost every part of the world; India is no exception. A variety of religion, custom, food habits, dress-styles, languages, dance and other art forms, exists in India. Some of the cultural units are just microscopic minorities and may appear to others as awkward and ridiculous. But we can never hope to keep the national fabric intact by making fun of them. A temple, a mosque, a church and a gurudwara are equally sacred to the respective religions: one cannot stand or fall at the cost of another.

Hence, in a democracy positive dissensions should to always i be tolerated. But on the ors dissenters also should not try violent means, because that violates democratic norms. democracy reflects the will and aspirations of the masses by projecting their arguments convincingly, the dissenters should also refrain from demagoguery. Only then can a healthy and true enjoyment of the freedom of expression- one of the pillars of democracy-be possible. Given the nature and philosophy of democracy, we can infer that there is something wrOng, something missing, in the society or a country that claims to be democratic, but which dissent is conspicuous by its absence.

The Role of Opposition in a Democracy – Essay

POINTS TO DEVELOP Place of  ‘opposition in various forms of government and origin of the concept. Opposition and the party system. Functions of opposition in a democracy form alternative government;...Read more !

Role of Judiciary in a Democracy – Essay

POINTS TO DEVELOP Concept of separation of powers in a democracy. Independent judiciary a must in a democracy; How the idea grew and developed. Role of the judiciary-judge the validity...Read more !